Be willing to change and always think about what is the best for our business.

Within the Tax Management Department, I am primarily responsible for tax in Japan. The tax function has two major roles: compliance and planning. For compliance, as a member of Recruit Co., Ltd., which accounts for the majority of our domestic business, while providing a consultation window to our various staff members on various transactions through meetings and mailing lists, I gather information and check for risks. In addition, I help ensure that taxes are paid correctly by calculating the appropriate taxes at the time of closing and preparing tax returns. When launching new products, etc., the entire finance section, including the Accounting and Treasury departments, forms a team to conduct risk checks in cooperation with the product development team and Business Management Department. Within the team, if we feel something is not right, even in the accounting processing practices, we step in and point it out, and conversely, we often receive ideas from other departments on tax-related matters. While respecting each person's expertise, we are able to step out of our respective fields to collaborate with each other to work toward a common goal, which is perhaps unique to the tax function in a business company.

In terms of planning, when a project such as organizational restructuring or M&A deal is launched, the Tax Management Department is first called upon to examine the capital structure, taking into consideration various laws and regulations, tax efficiency, and other factors. I have heard that at many companies, the tax department is asked to check risks and other aspects of the project after the structure has been finalized, however, at our company, we get involved in the early stages where the structure is still being considered so that we are in a position to help build a structure taking into account a tax perspective. This is a very rewarding experience for those of us in charge of tax.

During the planning process, we actively seek to apply preferential tax systems, but there are also other tax systems where we are able to selectively apply. In such cases, the tax department at many other companies generally makes decisions based on any case studies. We thoroughly identify the pros and cons of each tax system and discuss which one to choose. Here is one such example; with the revision of the Japanese tax system in FY2022, companies that have been using the Consolidated Tax Return Filing System where one can choose whether to shift to the new Japanese Group Relief System or the Single Tax Return Filing System. Obviously, if they use the Japanese Group Relief System, they will continue to pay taxes on a consolidated basis as before, and it appears that more than 90% of companies have chosen this option. Considering the various costs and risks associated with the change, this may be a reasonable decision. On the other hand, it is also true that the Single Tax Return Filing System will bring benefits such as the potential for earlier settlement of accounts. In 2020, we reintegrated our domestic business and functional companies which had been previously spun off into separate companies under Recruit Co., Ltd. Because of this reintegration, both our business and organization had significantly changed since the time we selected the consolidated tax system. After repeated consideration of both options, the Japanese Group Relief System and the Single Tax Return Filing System, the Tax Management Department and the partner tax accounting firms gathered to discuss which option should be chosen, and in the end we unanimously chose the Single Tax Return Filing System. We are willing to change, always thinking through what is the best for our company by gathering knowledge from a wide range of sources, including outside sources, and making the final decision on our own. I feel that this project was a good representation of Recruit's unique approach to tax.

Cutting-edge case studies that you won’t find in textbooks, are right in front of you.

After working in accounting for a cosmetics manufacturer and a foreign company, I joined Recruit Communications (currently Recruit Co., Ltd.), a company in charge of advertising production for the Recruit Group, where I was also in charge of accounting, managerial accounting, and internal controls relating to compliance. I then transferred to Recruit Administration (currently Recruit Co., Ltd.), a company overseeing the accounting, legal, and general affairs operations of the entire group. A short time later, a new global tax organization was created, and I participated in the launch of the new organization, which is where I am today. Although tax has always been my area of expertise, the tax function within an accounting organization is limited in terms of its scope. In an organization specializing in tax, I have been able to tackle the opportunities presented to me. With the support of my department head, who has extensive experience in business management, colleagues with a high level of expertise, and the tax accounting firm, our partner, I have accumulated experience through repeated trial and error.

Recruit Group undergoes frequent organizational restructuring and actively conducts M&As. You will be assigned to projects, one after another, that you will not find in any textbook, and that project will be a one of a kind experience. Information is shared openly within the department. Of course, there are projects in progress for which information sharing is restricted due to insider trading prevention regulations, but to the extent possible without violating regulations, we share the progress of projects that each of us is in charge of, give each other advice, and share knowledge and know-how by referring to previously completed deals. I have learned a lot from information shared on international deals that I am not directly involved in, as it allows me to get a firsthand look at what is happening at the frontlines of the business. I don't think there is any other place where you can learn so many cutting-edge case studies through practice. I left the Company to support my family and later rejoined.
I am grateful for the warm welcome I received from my colleagues and the comfortable working atmosphere.

While at Recruit Communications, I gave birth to a baby and took maternity and childcare leave. I returned to work one year later, but at the time there was no environment that allowed for work-from-home, and it was still difficult to balance work and childcare. Even so, I was able to continue working thanks to the understanding and support of everyone around me. In fact, I resigned once about four years ago because I had decided to take a break and focus on my family. At that time, I was told that I could come back when things had settled down again. Later I was asked, “Isn't it time for you to come back?” and I decided to give it another try. I am truly grateful for the warm welcome I received from my department head and all the members around me.

I was away from the Company for a little over a year, but I was surprised at how much things had changed in that short time. The number of international projects was dramatically increasing due to the globalization of the business. Although it was still before the COVID crisis, the use of remote work was expanding, creating an environment where work could be completed almost entirely from home. Compared to the past, I think the work environment has become much easier to work in. Thanks to thoughtful onboarding, I was able to smoothly cope with the various changes that occurred during my time away. I can flexibly choose my work style according to my life situation, and even if I left once, I can come back and be active again. Such an easy-to-work environment and corporate culture can be said to be one of the charms of Recruit.

I will continue to be vigilant in maintaining tax compliance in an ever-changing business environment. In terms of planning, I would also like to proactively adopt cutting-edge knowledge and new methods so that we can support the growth of the group. I am sure that new projects will come up one after another in the future, and I would be happy if someone joins us,who would enjoy the process of learning about these projects from the very beginning. 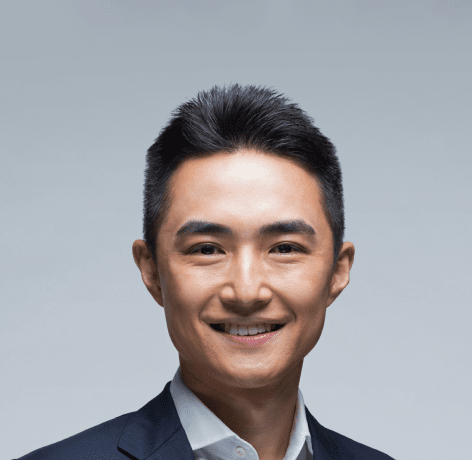